Sandra Phillips Rogers Elected to MSA Board of Directors 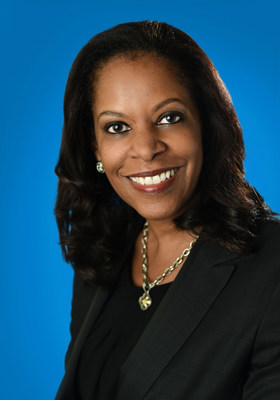 «We feel very fortunate to be able to add a person of Ms. Rogers’ caliber to the MSA Board,» said William M. Lambert, MSA Chairman and CEO.  «Sandra brings to MSA a tremendous amount of experience strategically managing complex corporate issues, integrating business, legal and stakeholder relations into discussions and decision making.  Her knowledge and insight, gained from nearly 26 years in the legal field and as a business executive, will serve MSA very well as we continue to advance our corporate strategy, effectively manage risks and work toward our long-range goals.»

Prior to joining Toyota in 2012, Ms. Rogers was a partner at global law firm Morgan, Lewis & Bockius. She also served as Senior Vice President, Associate General Counsel and Chief Litigation Counsel at Pfizer Inc., and as Managing Partner of the Houston office of Shook, Hardy & Bacon.

Ms. Rogers is a founding member of the Center for Women in Law at The University of Texas School of Law, the recipient of the 2016 Legacy Award from the Brennan Center for Justice at New York University School of Law, and received the 2017 Champion of Diversity Award from D CEO.  She also serves on the Boards of YWCA USA, United Way of Metropolitan Dallas, and the University of Texas Law School Foundation. In 2017, Texas Lawyer recognized Ms. Rogers as General Counsel Impact Player of the Year. Also in 2017, she was named one of Black Enterprise’s 75 Most Powerful Women in Business and a Burton Foundation Legend in Law.

Ms. Rogers received her Bachelor of Journalism and Doctor of Jurisprudence degrees from the University of Texas at Austin.  A native of Texas, Ms. Rogers currently resides in Dallas.

Established in 1914, MSA Safety Incorporated is the global leader in the development, manufacture and supply of safety products that protect people and facility infrastructures. Many MSA products integrate a combination of electronics, mechanical systems and advanced materials to protect users against hazardous or life-threatening situations. The company’s comprehensive product line is used by workers around the world in a broad range of markets, including the oil, gas and petrochemical industry, the fire service, the construction industry, mining and the military. MSA’s core products include self-contained breathing apparatus, fixed gas and flame detection systems, portable gas detection instruments, industrial head protection products, firefighter helmets and protective apparel, and fall protection devices. With 2016 revenues of $1.15 billion, MSA employs approximately 4,600 people worldwide. The company is headquartered north of Pittsburgh in Cranberry Township, Pa., and has manufacturing operations in the United States, Europe, Asia and Latin America. With more than 40 international locations, MSA realizes approximately half of its revenue from outside North America. For more information visit MSA’s web site at www.MSAsafety.com.